Super stoked to be announcing a new project that I have started called Fortresses. We are a Vancouver based psych post punk project with the super dream team of Ora Cogan on synth and vocals and Matt Duiry from Summering on guitar.  We accidentally became a band after Ora Cogan asked Matt and I to back her up for a solo show at Big Joy Fest- a Vancouver experimental festival. We all loved playing together so much, we decided to make it official! Ora and I had been talking about starting a project together and had a few initial jam sessions, but adding Matt to the mix finalized our vision of a project together. The band worked hard for 3 months, writing, rehearsing and booking shows. In March we recorded our self titled ep at Craft Cave Sounds with Justin Aucoin. Isolated Now Waves, Vancouver tape label will be releasing the album. 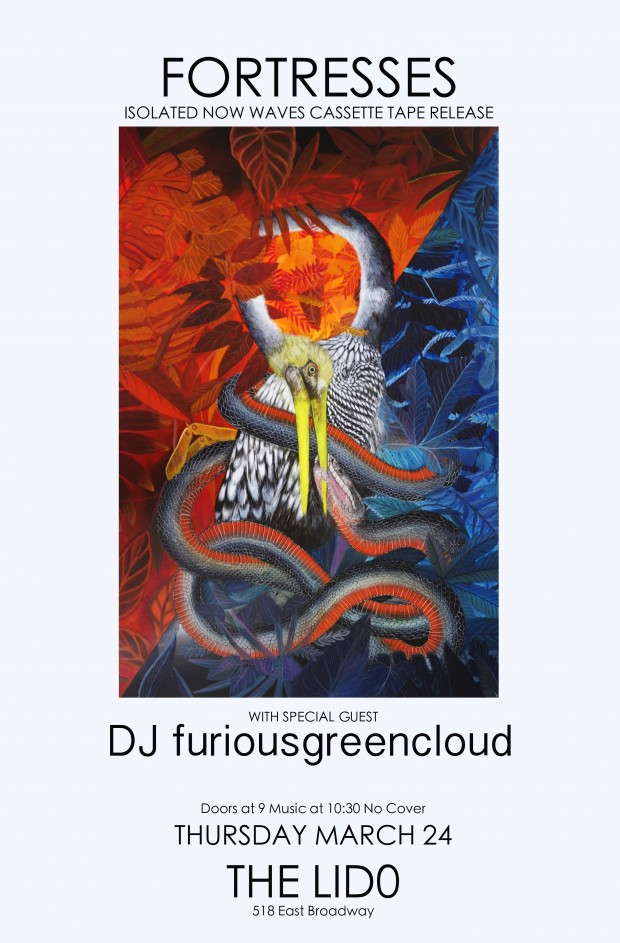